The Longwell Files
My interview with Rolling Stones bassist Bill Wyman began with him excusing himself to use the bathroom, which was a little surprising because, according to former band mate Keith Richards, "he has one of the biggest bladders in human existence" (which the guitarist blamed for a 1965 bust). But, to be fair, it had probably filled up during back to back phone  calls. Fortunately, when he returned, presumably a gallon lighter, he was ready to talk rock & roll. 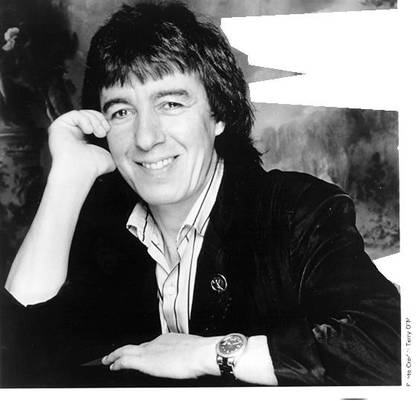 In his 31 years as the bass player for the “Greatest Rock & Roll Band in the World,” Bill Wyman wrote and sang only one song that appeared on a Rolling Stones album (“In Another Land” on 1967’s Their Satanic Majesties Request).  Although he did several solo albums over the years — Monkey Grip (‘74), Stone Alone (‘76) and Bill Wyman (‘82), which spawned the European hit “(Si Si) Je Suis Un Rock Star” —  and led the roots rock outfit Willie & The Poorboys in the mid-’80s, he never had a vehicle to fully explore his musical ideas until he launched his new project, Bill Wyman & The Rhythm Kings. Recorded after  Wyman's extended post-Stones break from music — during which time he launched a chain of Sticky Fingers restaurants in England — their new Velvel Records album Struttin’ Our Stuff   features a rotating line-up of musicians that includes stars Eric Clapton, Peter Frampton, Paul Carrack and Gary Brooker, along with lesser-known journeymen such as Georgie Fame, Albert Lee and Beverley Skeete.  Wyman wrote or co-wrote half of the twelve tracks, which cover a wide variety of styles, from rock (CCR’s “Green River, “Stuff”), jazz (The Stones’ “Melody”) and blues (“Tobacco Road,” “Down in the Bottom”) to jump (the Wyman-Terry Taylor originals “Going Crazy Overnight,” “Motorvatin’ Mama” & “Jitterbug Boogie”).

Wyman spoke with us by phone from his home in England.

I've read that you didn't really like blues until you joined the Stones.

What did you listen to growing up?

It was all big band stuff and cheap imitations of American hits that were done by people like Perry Como.  The first real quality record I ever heard was by Les Paul & Mary Ford. I was probably about 13 or 14 and I went straight out and bought it, because it was the first time I'd ever heard electric guitar on a record.  It blew me away.  The only other person I thought was great at the time was probably Johnny Ray.  I saw him on the London Palladium on my grandmother's TV when I was quite small and he got his trousers tom off by the kids.  It created an impression with me.

How did you make the transition from fan to performer?

I went into the military.  I was called up at eighteen and I was posted to Germany -- a couple of years before Elvis was, actually -- and I heard the beginnings of rock & roll on American Forces Network Radio.  Little Richard, Fats Domino, Duane Eddy, Jerry Lee Lewis, and so on.  I went straight down to the local village and bought myself a Spanish guitar and we formed a little group, the few of us that could get together a few chords, and we played what was called skiffle music, which is like early country-blues music.  That was probably '57.  I came out in early'58 and after that I tried to put a little band together in London.

Had you switched from guitar to bass at this point?

No.  I didn't have a bass.  I used to tune the bottom strings down and play a Chuck Berry riff.  That sufficed as a bass guitar, really, or a bass sound.  Before I joined the Stones I'd gotten hold of something you'd call a bass guitar which I completely rebuilt and made.

But you could afford to buy amps.

Well, it was all hired purchase.  On the never-never.  I don't know what you call that in America.

Credit.  What l was referring to was the oft-told tale that it was your two large amps that landed you the gig with the Stones.

I actually built those [laughs].  You just sent off to these magazines called Wireless & Radio or something... bought them from ads and put them all together.  A friend of mine helped me, and we just built a cabinet and bought an 18-inch speaker and a 25watt amplifier or something.  We got electrocuted every time we touched it, but... I went to the Stones with my big cabinet for my bass, and my Vox AC30 and another small amp.  They had a couple of little amps that were in very bad condition.

Wonderful answer.  I'm a fast worker and a hard worker.  For me to be hanging around in the studio eight hours, waiting for Keith to turn up, then he doesn't and you go home, used to drive me crazy.  I used to just take books to read.  But it was part of the way the band worked.  And it worked that way, so who am I to criticize it.

You were always considered the Stones historian within the band.

That's because I was the only one interested, and kept records. As far as I know, I'm the only person from a '60s English band who ever kept anything.

Is it true that when Mick was working on his aborted autobiography in the mid'80s he tried to get you to hand over your archives?

He did a deal for a lot of money and then he just got some guy to get in touch with everyone who'd ever heard of him or met him or knew him, and asked them to contribute to this book. I mean, Mick didn't write anything, did he?  Because Mick couldn't remember anything.  I got one of these letters, saying, “Oh, by the way, we’d like you to contribute to this book, and we don't mind if you tell the truth.  We want your opinions and, by the way, we'll be needing access to all your files and your photo collection."  And I just said, “Forget it. That's my personal stuff and it's not available."  And then, about two months later, he gave the money back.  And that was the end of his book.  Mick didn't write a word.

But you actually sat down and wrote your book "Stone Alone" all by yourself?

I did everything.  I did all the research.  My co-writer was only employed to take what I had and put it into some sort of sensible, readable form, because I'm very meticulous and it becomes too detailed.

I've got three books going at the moment.  I'm working on a second book on the Stones.  I've been working on it since the last one was released.  It's a long job.  The first took me, on and off, fifteen years, because I can’t devote all my time to a book, everyday.  I've got other things going.  The second book I just finished is on Marc Chagall, the artist.  I knew him very well in the last ten years of his life.   I've got a lot of nice stories and photos I've taken of him. That's like a collector's book, though.  A limited edition.   Then I'm getting near finishing a book on archaeology and early English history, which I find very interesting but probably no one else will.

Maybe you should attach it to the new Stones book and make them buy all three at once.

No.  You get involved in things which you find very interesting, but it doesn't always mean that they're commercial sellers. That's the thing about the Stones book.  It went down a storm with the fans all around the world, but critics slagged it off saying it was too detailed and too long, but that was the point of it  talking about things other books on the Stones never talked about. But, of course, if I wrote a book on the Stones which was all scandal and gossip, it would probably sell a million.

The '70s and '80s, I hope.  But I've already got a big book, and I’m only into '82, so I might restrict it to the '70s. I'd have done the '70s, '80s and '90s and finished it off  but it can't be finished off, because they're still going.  I'd have to limit what I'm putting into it, and it would end up like just another Stones book, and there are three hundred of them out there.  And the whole thing about me writing a Stones book is I can write daybyday what happened, with much more personal insights.

In some ways, you’re busier than you were with the Stones.

I've got three restaurants going, which are all very successful, in London, Manchester and Cambridge. I've studied photography.  I've got a six-part series for television on the history of the blues that will probably get started in late summer.

And you’ve also have a new family...

I got married five years ago to a California girl whom I'd known for 17 years.  We’ve got girls that are three and two. We've got another little girl arriving in May.  It's lovely to watch them grow up.  Now I can sit back and enjoy these young girls and it's fantastic.  Life's great.

You ever think about bringing the Rhythm Kings over to the States for some shows?

No.  That was one of the reasons I left the band.  I didn't really want to travel again.  I had a son in the '60s and I never saw him, really, for five years.  I missed all that growing up thing.  When you're young, you don't think of that as really important.  You’ve got your career going, and you tend to neglect that without realizing it, then it's too late and you think, “God, I wish I'd spent more time with him if I could've."

But I understand you did do a small European tour to promote the album.

We just did three venues.  Two shows in Hamburg, Germany, two in Amsterdam, Holland, and one in London.  We went down unbelievable.  Encore, encore, encore.  I had Georgie Fame on organ, Gary Brooker from Procul Harum on piano, Albert Lee and Peter Frampton on guitar... [singer] Beverley Skeete.  It was lovely.  Great, great fun for a change.  With the Stones, you've got three stages, three crews of 68 people, you're carrying an entourage of 50 or 60 people.  You have to charter a plane... limos... two floors of a hotel.  All that went out the window.  We didn't have security, just a couple of guys to set up and do the sound.  It was exactly like going back to the '60s and playing.  You could shake hands with the kids in front, they asked you things...  you had a beer on the amp.  It was really nice.  I'd forgotten just how nice it was, really.

So it's safe to say you're not pining to be on the Stones' "Bridges to Babylon" tour?

When we came out after the Hamburg gig, I said to the band, “You know, the Stones are playing Giants Stadium tonight in front of 52,000 people, and we played to 1200.  But I bet they don't have smiles on their faces like we have.”