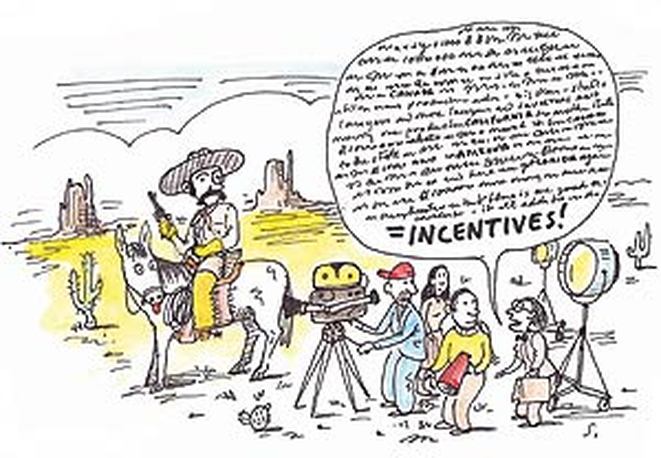 In this  era of ever-increasing partisan rancor, there’s one thing that can still get people to reach across the political divide, hold hands and sing “Kumbaya" – the opportunity to grab as much public money as the law and starry-eyed government officials will allow. A case in point: Michigan Motion Picture Studios in Pontiac, Michigan, where Disney shot “Oz the Great and Powerful,” lured by nearly $40 million in tax credits from the state.

Opened in April 2011, the $80-million complex was financed with just $20 million in private equity. The rest of the money came from a variety of federal and state sources, including $18 million in bonds guaranteed by the State of Michigan Retirement Systems (SMRS) pension fund.

The idea for the studio was first floated by Linden Nelson, a local Pontiac entrepreneur who patented the removable key chain for valet parking in the early ‘90s. He brought the idea to his old friend, William Morris Endeavor co-CEO Ari Emanuel, the inspiration for the Ari character on HBO’s “Entourage” and the brother of Rahm Emanuel, former chief of staff to President Obama and current Chicago mayor. The leadership of the investment group was rounded out by A. Alfred Taubman, a billionaire shopping mall developer who went to prison for price fixing in 2002, and John Rakolta, CEO of construction giant Walbridge, finance chair for Mitt Romney’s 2008 presidential campaign and husband of onetime anti-obscenity activist Terry Rakolta, who had 15 minutes of fame when she called for a boycott of Fox’s “Married…with Children" back in 1989.

In an article I wrote for Variety posted below (also available on their website), I explain how and why this and other government-funded show biz boondoggles are an increasingly common occurrence. (My voice got flattened out a bit in the editorial back and forth, but it's packed with good info.)