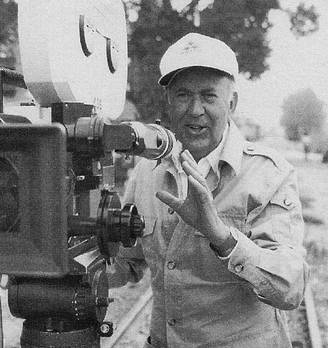 In honor of Carl Reiner (3/20/1922-6/28/2020), I've posted my interview with the comic legend from The Hollywood Reporter's 70th Anniversary Issue  focusing on the genesis of "The Dick Van Dyke Show," along with previously unpublished portions of our conversation in which he details his early years in show business and his work with Sid Caesar on "Your Show of Shows." The best thing about it? It's presented as a first-person narrative, so you don't have to endure my attempts at being clever.

I lived in a real tenement Bronx neighborhood -- a half Italian, half Jewish neighborhood – with my father, my mother and my brother. Our major thrill was listening to the radio. My father built our first radio in 1927. “Amos ‘n’ Andy” was the big thing then. Later on, I was able to appreciate Jack Benny, Fred Allen and Eddie Cantor. That was it. We got our entertainment from the radio and going to the movies once a week with our parents. My parents loved show business. I could always make my friends laugh. I did have dreams. I never told anybody about them. When I saw Ronald Colman on the screen, I said, “Boy, I’d like to do that.”

I was in television in 1948, right at the same time Milton Berle started. I was in the Broadway show “Inside USA” with Bea Lillie and Jack Haley. I walked into some party once and somebody said, “Would you like to do a television show?” Sure. When I came out of the Army and I got into a show called “Call Me Mister” in 1947. Right after that, television started to happen. I was already doing comedy, not stand-up, but an act. I had done in the Army. The early television was unsophisticated. The first show I went on, I thought it was terrific. They gave me $125 to do my act. I don’t know how many people saw it. It was called “The Maggi McNellis Crystal Room.” They made a studio look like a nightclub, with people sitting at tables, too, and they’d say, “Would you like to come up?” I did that same act on these other small shows. I don’t know how far they got, probably just to a couple major cities on the East Coast. That was the beginning. The first real job I had was one every week for thirteen weeks called “The Fashion Story.” In the basement of where ABC is today in New York there was a horse rink. They had horses and a riding academy. And they bought that from the riding academy. The first studio was right outside the riding academy and you could smell the horse manure. They just built the studio. There were two little studios. In one they did the news, in the other they did a variety show. This was the variety show. That’s ’47-’48.

I thought TV was a cute little adjunct to show business. The perfect description of how I felt about it… In 1949, there was a show called “The 54th Street Revue” and I was hired as one of the leads. I got $125 a week. Broadway was what I really wanted to do. I had starred in “Call Me Mister” and “Inside USA.” Broadway was it. TV you did while you were waiting for your big Broadway break. While I was doing “The 54th Street Revue” in about the fifth or sixth week, a show was being done by Jerry Choderov who wrote “Wonderful Town” and Harold Rome, who had written “Wish We Were Here” and “Call Me Mister,” he was doing the music and lyrics, the other guy was going to the sketches. George S. Kaufman would be the director. Michael Kidd was going to do the choreography. They were going to do a Broadway in the summer theater for 75 bucks week. That’s what we were all paid. I tried to buy my way out of the television show. I said, it was summer theater, but it’ll go to Broadway someday. They were very kind and let me. They said, “If you have that kind of passion, we’ll let you go.” That’s a good indication of what we thought the future of television was.

It’s now 1950. There was a show called “The Admiral Broadway Revue" in 1949. At the same time, I was doing “The 54th Street Revue.” That was a breakthrough show. Max Leibman had Sid Caesar and Imogene Coca. And I saw that show. I had been doing revues, so I knew what musical revues. I said, “That’s great. That’s where I belong,” having no idea how I’d get on to it. Leibman came to help doctor a Broadway a show. After the 13 weeks were over, Leibman was preparing “Your Show of Shows,” which would come the following season in 1950. I was doing a part in the revue. He saw me. He came the fix the sketches. He never did fix the sketches, but he did offer me a job. The show failed after 12 weeks, and I was very happy to accept, because when I saw Sid Caesar, I said, “I belong with this guy. He knows what he’s doing, and I can assist.” He’s exactly six months younger than I am. In 1950, I was 28. We were both 28.

It took right off. It was celebrated immediately. First of all, the title – “Your Show of Shows” – opening with a big musical number, dancers on stage. And the quality was so apparently better than anything that was on the air. We were all aware of it. We had been in show business. I had done revues in the Army. We had opera singers, sketches, monologs. And it was good.

I was always surprised when all of sudden people were writing in for autographs and pictures. But it took a little while. When they did recognize you, everybody noticed that it was quite a bit different than being a movie star. They were very polite to the movie stars. They just yelled at us: “Hey, there! You’re the guy on television!”

It was [titled] “Your Show of Shows,” “Caesars Hour,” [and then] “Caesar Presents”… I stayed with him from ’50 to ’59, then he did a series of specials the following year, but I was doing something on the coast. It was nine wonderful years.

[Initially, Reiner was hired as a “utility actor,” not a writer.]

In the old “Your Show of Shows” writing room, there was very little room. There was no writing room. It was Max Leibman’s office and the men’s toilet. On my third week [with the show], I was standing with the secretary, and I said, “This is not for me.” I had already contributed to a revue in the Army and written material for myself, but I wasn’t invited in. It was like the writers were going to write and the actors were going to act. But we were there, waiting for it to happen every day. We came in at 10 o’clock and they brought out something. But on the third week… The idea of me getting to do doubletalk on the show was something I knew I’d never get to do, because Sid was probably the greatest doubletalker that ever lived. It’s exquisite the way he makes those languages sound like they’re for real. And I had done that in the Army – French, Italian and German. And when I came on the show, I said, “This is something I’ll never use on the show, because I can’t compete with Sid.” We used to go to foreign movies, and I came in one day and said, “Hey, why don’t we do a foreign movie.” They said, “What are you talking about?” And I went over to Sid, and I started to sell him a pack of cigarettes in doubletalk, and he started to bargain with me. Everybody was laughing. The key to it was we’d throw in an English word every twenty-five words to promote the plot. We did the first one that week. And we used to do a series of them – French movies, Italian movies, German movies. From that moment on, they said I was welcome. So I stayed in the writers’ room as a writer without portfolio for nine years, contributing whenever I could.

Today, they are allowed to treat more subjects than we could. The restraint made us be a little more creative, in the fact that we said, “We can’t say that. What else can we do?” We were still able to make an audience laugh. It’s gotten so now that you can’t believe what they’re doing on cable. We couldn’t say that a baby came from a mother’s belly!

I have a rule of thumb. I don’t care how dirty or salacious something is, if it makes you laugh, it’s acceptable. I saw “There’s Something About Mary.” There are some unbelievably course things in that, but I was laughing. That’s always been my barometer: it’s got to be funnier than it is dirty.

I think comedians stay more in touch than most people, because comedians can’t be comedians if they don’t find what’s funny in today’s world.

I always enjoy being on a stage and getting a laugh. I enjoy now being an emcee sometimes, so I’m still a performer. But no more directing. There’s a certain age where you say, “I can’t spend 18 hours a day…” I don’t have the strength to do it. You get tired. The last picture I directed was about three years ago [1997’s “That Old Feeling,” starring Bette Midler]. I had no problem working 16-18 hours, but the next time it came up was a year later. I said, “Wait a second. That means I have to be on the set for two-three months and every day someone is going to come up to me and ask ‘Are these earrings right?’"