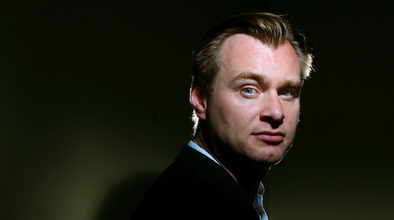 
It wouldn't be wrong to label Christopher Nolan an auteur, given the distinct dramatic touch he's displayed from 1998's ultra-low-budget "Following" to last year's mega-million-dollar "The Dark Knight." But Nolan -- who's being honored with the American Society of Cinematographers' Board of Governors Award at the ASC Outstanding Achievement Awards on Sunday -- didn't develop his cinematic signature in a vacuum. As Todd Longwell discovered when he spoke to the writer-director-producer for The Hollywood Reporter, Nolan has worked with a tight team of collaborators including cinematographer Wally Pfister and production designer Nathan Crowley, often experimenting in Nolan's garage.

The Hollywood Reporter: Your preproduction headquarters is in your garage. You do camera tests in your backyard. Do you have an aversion to the studio environment?

Christopher Nolan: "Batman Begins" (2005) was the first film where we did (that), and it was the result of trying to find a way to keep the spontaneous, intimate creative process of smaller projects while going into, by far, the biggest project we'd taken on.

THR: Is it a glorified shed with oil spots on the floor or a well-appointed office?

Nolan: When we first started, it was literally a garage with a washing machine in there and all that. I'd just pull the car out and put a desk in. I've had it done up a bit nicer since then because we actually edited "The Dark Knight" in there as well, so it's become multi-purpose.

THR: You've been very faithful to your collaborators. You've used Pfister since 2000's "Memento" and Crowley since 2002's "Insomnia." Your wife Emma Thomas is your producer and your brother Jonathan Nolan is your writing partner.

Nolan: It makes it much easier and quicker to communicate with your team. It also allows for a freer exchange of ideas with less defensiveness from myself, from my other collaborators. You're not fighting your corner so much; you're actually just trying to all contribute to the pool of ideas.

THR: Did you draw on other visual artists for inspiration for the look of "The Dark Knight"?

Nolan: As you try to communicate what's in your head to your team, you give them certain touchstones. For the makeup for the Joker, for example, I showed John Caglione, the makeup artist, Francis Bacon's paintings with a sort of smeared quality in the faces. With Wally and Nathan, I talked a lot about Michael Mann's films -- "Heat" (1995), in particular, in terms of its use of architecture and modernism and the way in which he was able to make a city seem like a playground for the characters.

THR: Did you plot a character arc for the color or the darkness in the film?

Nolan: I had certain notions, but I also like to just let Wally sit with the script and see what he comes up with. The one thing I did continually try to push or just put in the back of his mind is, if Batman only comes out at night, in this film daylight becomes more threatening, because the day belongs to the Joker. So at various points in the film, things you would expect to be dark are actually bright or in the middle of the day. In particular, the interrogation scenes -- which I was very pleased with the way Wally shot. We started out very dark and then turned the lights on as bright as possible to try to invert the usual dynamic of the use of light and dark in a noirish film. Because Batman lives in the shadows, but he's the hero.