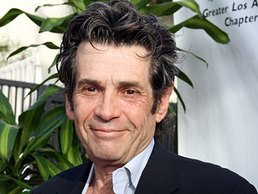 Turmoil ahead of SAG's big weekend

Since the Screen Actors Guild officially rejected the AMPTP's "final offer" last July, SAG president Alan Rosenberg has been a man under siege, enduring an endless barrage of attacks on his character and his competence. He's lost weight and many hours of sleep.

While viewers will be focused on the stars at Sunday's 15th annual SAG Awards, insiders will be watching Rosenberg, studying his body language, seeing if he is in any mood to compromise. As for Rosenberg, he'll have to break bread with some of his mortal enemies. His mood may be even blacker than his tie.

Friday was meant to be the day that Rosenberg was going to find out if guild members would support his request for strike authorization. Instead, he and his main ally, chief negotiator Doug Allen, had to delay sending out the ballots at press time, following pressure from dissenting board members who even tried to have Allen ousted. The strike-authorization vote could be tabled for good and replaced by a possible vote on AMPTP's previously discarded June 30 contract proposal.

"We have people on our board -- even on our negotiating committee -- who have vowed never to strike again, from now until the end of time," Rosenberg complains. "They'll do anything to demonize me and demonize Doug."

Rosenberg doesn't believe it when the dissenters -- many of them actor-producers -- say they object to a strike because it will put their casts and crew out of work.

What Rosenberg's future will be if he doesn't win this battle is anyone's guess. He has managed to infuriate the men who lord over Hollywood and split a guild that has usually been supportive of its leaders. No matter what the cost to his own career, he remains convinced about the rightness of the negotiating points he has so long defended -- especially how much the other side should pay for new media.

"They're going to change from one platform -- where they have to pay actors -- to another one where they don't," he insists. "And they're using the bad economy and the Writers Guild strike to scare the hell out of our members. And that's a shame."

The guild fought long and hard to establish the current residual structure for television. The first residual agreements were hammered out by SAG president Ronald Reagan in 1952, but it wasn't until 1974 that SAG negotiated a contract calling for the payment of residuals on every rerun in primetime, instead of just the first two. That's when it established residuals in perpetuity for TV reruns in syndication; before, there had been a buyout after the tenth run.

The pro-strike authorization faction is adamant that the guild must not repeat the mistake it made in 1980 when it agreed to a low residual rate for home video (5.4% of 20% of the gross) that has remained unchanged for almost 30 years as it has grown from a niche market to one of the studios' primary profit centers. The anti-strike authorization faction is equally adamant that now is no time to think of striking.

Just last week, the two sides slugged it out in a 30-hour marathon, when only a filibuster prevented Allen's removal.

If the no strike-authorization vote ultimately wins, Rosenberg fears SAG's goose could be cooked -- not to mention his own.

In a month, "We go into the commercial negotiations, and if those employers know that we can't get a strike authorization from our members, they're going to roll right over us," he warns. "And then after that, we go into our basic cable television negotiations, and the same thing will apply there. So these people who are attacking me, Doug Allen and our negotiating team aren't just jeopardizing these negotiations, but an entire season of negotiating."

An entire guild leadership, too.