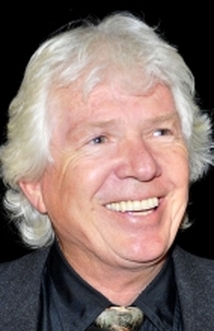 Don't feel embarrassed if you weren't aware of this fact. Two decades ago, when stunt coordinator Conrad Palmisano ("Rush Hour 2," "Lethal Weapon 4") showed up at a SAG meeting to discuss stunt-community concerns, he found similar ignorance in the leadership of his own guild.

"They told us to go to our own union," recalls Palmisano, who currently serves as president of the Stuntmen's Association. "From that time to this time, there's been tremendous improvement (in our relationship with SAG), but it's a project that's never really finished. You just have to keep working on it, inching forward."

A significant change came in the mid-1990s, when SAG added stunt coordinators to the guild contract.

"It meant that, should an accident happen on the set, we wouldn't be held liable, which is a big thing for a stunt coordinator because it could be completely out of your hands -- a horse bucks, a bomb goes off early, and then you're named in the lawsuit, and you lose your house and home and everything you've worked for," Palmisano says. "So that was a huge advance when (SAG) stood up and fought for us."

Last month, SAG took another step forward when it named Sandy Kincaid to the newly created post of national director stunt and safety. Although SAG had established a National Stunt and Safety Committee (currently headed by Rick Barker) back in the 1980s, it previously had
no centralized national liaison with the stunt community.

"I think that it's an area that the union definitely wants to focus on," says Kincaid, who has been with the guild for eight years, the last five of which she spent working in commercial contracts where she dealt with many stunt-related issues. "I've had good dealings with stunt performers in my history at the union. I do think that we need to offer better service, and that is why we have created this department," she says. "We will be handling claims for all contracts -- commercial, theatrical, television, music video and industrial. We will also handle safety issues on a national level for all SAG members."

In spite of these advances, some stunt people feel that SAG does not pay adequate attention to the needs of their community, which constitutes 7% of SAG's membership and includes a large bloc of its highest earners. Palmisano is not one of those critics.