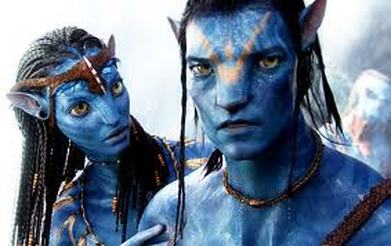 Director David Yates wanted to treat the sixth film in the "Potter" franchise as a drama augmented by visual effects, rather than as a flat-out CGI spectacular. But while "Prince" may have fewer VFX set pieces than previous installments, it's still a "Potter" film, which means that much of what the audience sees was added in postproduction, from the hallowed buildings of Hogwarts to the capes that flutter from the backs of Harry and his teammates during Quidditch matches. "We never take the actors to locations," Burke says. "The exteriors are all shot on the backlot. Often, they're working against green screens or we just build partial sets." The effects were handled by five primary vendors -- ILM, Moving Picture Co., Rising Sun Pictures, Double Negative and Cinesite. ILM took the lead on the film's most challenging and spectacular scene, the climactic attack of the Inferi, an army of corpses brought to life by Voldemort. "(Yates) didn't want zombies," Burke says. "He wanted you to believe these were really dead human beings, but more emaciated and dead-looking than someone in makeup. Obviously, we were very careful not to overstep the boundaries, because it needs to be appropriate for kids, as well as keep adults entertained."

The duo previously destroyed large swaths of planet Earth for director Roland Emmerich in 1996's "Independence Day," but that's nothing compared to the digital havoc they wreak in "2012," the filmmaker's latest disaster epic. Employing 15 companies (including their own, Unchartered Territory), Engel and Weigert commissioned about 1,400 shots, occupying an hour and 17 minutes of screen time, that lay waste to Las Vegas, Rome, Washington, D.C., and large swaths of China, India and Tibet. The piece de resistance is a 10.5 temblor that annihilates Los Angeles. The virtual apocalypse was made feasible by Thinking Particles, a new plug-in for 3D Studio Max created by Cebas, a third-party developer based in Germany. "Before that invention, basically, you had to precut every building, every piece of sidewalk and now you have a software that helps you doing it," Engel says. "You still have to animate the choreography, but it does the breaking." Next, Engel and Weigert will be reteaming with Emmerich for the film "Anonymous," in which they will virtually re-create 16th century London. "The great thing is, we don't have to destroy anything," Engel says. "We actually like that for a change."

In the sequel to 2007's "Transformers," the VFX artists at Industrial Light & Magic gave audiences more robots, more explosion -- more everything. "There were so many characters, they were so high resolution, we went from 20 terabytes of space on our render farm here at ILM to 120 terabytes just to do this movie," Farrar says. The most complex robot in the first film, Optimus Prime, had 10,000 virtual pieces. "Revenge" introduces the Devastator, which is made up of eight giant earth movers, each of which have about 10,000 pieces. "It's logarithmic increases in problem solving," Farrar says. Devastator was so big and complex, it occupied 32 gigabytes of disc space. To render the character, it took up to 70 hours per frame, and during one particularly arduous rendering session an ILM animator's computer reportedly overheated and melted its internal circuitry. "It was a colossally difficult movie," Farrar says. "But when you start to see things coming together, you say, 'Oh, man, that's a cool shot.' Like most people, we always forget how terribly painful and difficult the last movie was and we can't wait to go to it again."

WETA Digital's Letteri led a team of 10 effects houses in creating the 2,000 effects shots in the film, the bulk of which were used to bring to life Pandora, a distant jungle-covered moon populated by a race of 10-foot-tall blue humanoids called the Na'vi. Work began in May 2005, when director James Cameron hired a team of designers to flesh out his visual concepts for the film. "For the first several months, we all fell flat on our faces," recalls Neville Page, the film's lead creature designer. "Then one day, Jim said, 'Alright, I'm going to draw a picture for you guys and then you can finish it,' and that became the blueprint for (lead female alien) Neytiri and consequently for the rest of the Na'vi." Cameron shot the actors portraying the Na'vi on a soundstage in Playa Vista, Calif., using a revolutionary mocap system that gave him a rough rendering of the creatures and their virtual world in real time, replete with facial expressions and eye movements. "The more you work with the characters, the more the software can learn about them, and it gets better and better about hitting those marks," Letteri says. "But you still need a really good team of animators who can really drill into those nuances you need for the performance."

Writer-director Neill Blomkamp gave Muyzers' crew at Image Engine in Vancouver a daunting challenge: The film's WETA Workshop-designed aliens (nicknamed "the Prawns") looked like giant insects crossed with crustaceans, yet they somehow had to be empathetic to human filmgoers. "It was a struggle for us to emote with this creature, which has these awkward tentacles drooping from where his nose and his mouth are and little pincers coming of the side of it," Muyzers says. "So our creature supervisor worked very closely with Neill in redesigning the face so it had more little plates on the brow that kind of shift over each other, which allowed us actually to make him frown and look sad and do subtle things." Some of the alien scenes were shot on a motion capture stage in Vancouver, but the bulk of them were filmed on location in a ghetto in Soweto, South Africa, where the Prawns were portrayed by a single actor in a gray suit (Jason Cope) whose image was replaced digitally in post. The animators copied his performance as closely as possible, with occasional extraterrestrial tweaks. "Neill would want to make the head turn a little more twitchy, for instance," Muyzers says, "which was very difficult for the actor to do on set."

"This is the biggest low-budget movie I've ever worked on," Shermis says. It may seem like an outrageous statement, given the film's $175 million budget, until one considers the number of effects shots (1,640, supplied by 10 different vendors) and the amount of screen time they account for, including the bulk of the film's third act, which cuts back and forth between an underwater battle and an aerial chase over Washington, D.C., both of which are fully CG. "To simulate underwater, you've got a million layers that go into it, from bubbles to reflections and refractions of water, and we had explosions going on," Shermis explains. "In the aerial chase, the ship is supposed to be traveling at Mach 5 or Mach 6, and you can't go up into the sky and travel that fast and get the kind of camera moves that we were out to get. So we had to devise a way to do virtual skyscapes, which in my estimation haven't been done particularly well in the past. So we commissioned Frantic Films, and they did a wonderful job of giving us that feeling that you're traveling at that speed in a real sky environment."