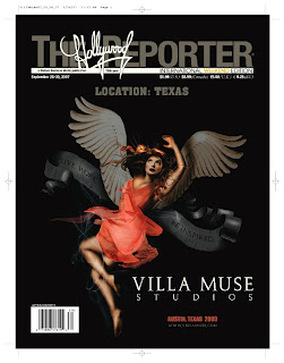 Musing the possibilities: Austin's planned $2.5 billion 'creative village' is an inspired idea. But will it work?

Villa Muse looks like a fantastic concept on paper: a $2.5 billion mixed-use development 12 miles east of downtown Austin, anchored by a $300 million, 200-acre studio with state-of-the-art production and postproduction facilities for film, television, commercials, music and video games, including ten soundstages (one measuring 65,000 square feet), a water tank and scoring and mixing stages.

But what makes it truly revolutionary is that the residential community surrounding the studio will not only serve as a home for locals and visiting crews and creatives alike, it also will be a living backlot for filmmakers, with neighborhoods built in a variety of styles and sizes suitable for portraying locations around the globe.

Texas Film Commission director Bob Hudgins believes that Villa Muse will be the missing piece of the film-production puzzle for the state, which has a surfeit of diverse locations and a strong crew base but lacks big soundstages fully equipped to accommodate large studio productions.

"It will provide all the potentials for production that we've had to say no to in the past," Hudgins says.

As intriguing as this plan is, there are several major questions to be answered, the most of important of which is: Will it actually get built?

In April, it was announced that groundbreaking on phase one of the development -- which includes the studios and the main street -- would take place this year. But it has since been pushed back to spring 2008, with a projected opening of summer 2009.

Project development partner Jim Carpenter, president of Carpenter & Assoc., an Austin-based real estate and investment firm, says the delay is due to the acquisition of additional land for the project, which increased its size from 681 to 1,000 acres and added another $1 billion to the budget.

"We had to go in and basically redesign the entire land plan, because everything was in the wrong location when we added another 500 acres of real estate," Carpenter explains.

It's not the first roadblock or detour Villa Muse has encountered since CEO and founder Jay Aaron Podolnick first hatched the idea for the development 15 years ago.

"It's been a very uphill fight, because I had to survive the dot-com era, when no one wanted to invest in brick and mortar," says Podolnick, an Austin music industry vet. "Then, of course, 9/11 happened and crushed a lot of people's dreams, literally."

According to Villa Muse vp Paul Alvarado-Dykstra, they have secured phase one funding and acquired all the land. They've also continued to expand the Villa Muse team with a number of industry experts, including two-time Oscar-nominated production designer Michael Corenblith as a design consultant ("to enhance the cinematic possibilities," says Corenblith).

But for investors the question still remains: If they do build it, will they come? Competition is already in place 850 miles to the northwest in New Mexico at the new $74 million Albuquerque Studios, where six (of a planned eight) soundstages have opened and are already booked thanks to the enticing 25% tax rebate that dwarfs Texas' newly enacted 5% grant.

But the people behind Villa Muse believe that productions are only flocking to New Mexico and equally incentive-rich Louisiana because of the incentives, and that once they disappear (as they believe they soon will), so will the film business.

Says Alvarado-Dykstra, "They don't have commercials, video games, music, animation and all the other pieces of the puzzle that we have here in Texas and in Austin that grew up here (organically) without the need for throwing money at it with incentives."