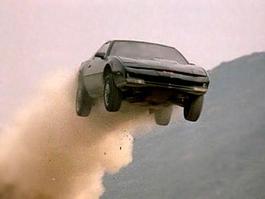 World Stunt Awards
Where Credit Is Due
Should there be a special Oscar created for stuntpeople?

With the World Stunt Awards, the stunt community finally has the opportunity to honor its own, but many think it's high time that Hollywood's most august body, the Academy of Motion Picture Arts and Sciences, recognize them as well.

"Eighteen years ago, I started trying to get the Academy to establish a best stunt coordinating category, and they have just been totally against it," says Jack Gill, a stunt coordinator and second unit director whose credits include the recent "Showtime" and the upcoming "Austin Powers in Goldmember." "It just surprises me that we can't get them to move a little faster."

It's not hard to understand the frustration. As stuntpeople are fond of pointing out, even foley artists have their own category (best sound editing), with one saying, "Few people ever leave a movie theater saying, 'Wow, did you catch how those footsteps sounded?'" Stunt coordinators, on the other hand, help create breathtaking action sequences (aka "trailer moments") that draw audiences into theaters and leave them oohing and aahing in amazement.

"Stunt coordinators are technical and artistic professionals who have been overlooked for years," Gill says. "(They) have an all-encompassing job that requires them to become part writer, designer and director, as well as maintain the safe execution of the action scenes in a feature film."

In the mid-1990s, Gill convinced the Academy to begin admitting stunt coordinators into its ranks. The Academy subsequently formed a committee to look into creating a best stunt coordinating Oscar category, but nothing ever came of it. A petition calling for the establishment of the category, which was signed by dozens of top directors, producers and actors, including James Cameron, Dustin Hoffman, Arnold Schwarzenegger, Martin Scorsese and Steven Spielberg, was similarly ineffective.

Today, the stunt Oscar movement appears to be at a standstill, and AMPAS officials declined to comment on the issue for this article. In the meantime, the Academy of Television Arts & Sciences has created a best stunt coordinator category that will debut at this fall's Emmy Awards.

"We've finally gotten the Emmy people to turn over a new leaf, but (AMPAS) doesn't really think that has anything to do with them," Gill says. "They have their own set of rules, and they're guided by that."