The general view of historic architecture in Los Angeles is summed up by a scene in the 1991 film "L.A. Story" in which the character played by Steve Martin boasts to a visiting Brit: "Some of these buildings are over 20 years old!" It's true that Angelenos worship youth in all forms, whether it be architecture, ingenue or auto. But anyone who has spent time exploring the city can attest to the fact that it's not the vast wasteland of disposable strip malls, tract homes and faux Mediterranean McMansions that outsiders paint it to be.
Read the article from The Hollywood Reporter

Months before Sandra Bullock adopted a baby boy from New Orleans in January, naming him Louis in honor of native icon Louis Armstrong -- and even more months before domestic woes boosted her desire to relocate -- she had already set up house in his hometown.

In June, the Oscar-winning actress laid down $2.25 million in cash for an ornate 6,615-square-foot mansion in the city's Garden District. Built in 1876, it was designed by renowned New Orleans architect William Alfred Freret for James Biddle Eustis, who served as a U.S. senator and ambassador to France.

Almost as impressive as its historic pedigree are the neighbors, who include Brad Pitt, Angelina Jolie and John Goodman, now shooting HBO's "Treme" there. Nicolas Cage also owned two nearby homes until November, when they were sold in a foreclosure auction.
Read the article from The Hollywood Reporter
Also check out the  Louisiana architecture primer  and read   about   historic homes in the Big Easy that have been transformed into postproduction facilities    and my piece on the trend of using local rental properties for  staycations.
Showbiz Meets Shopping at The Grove 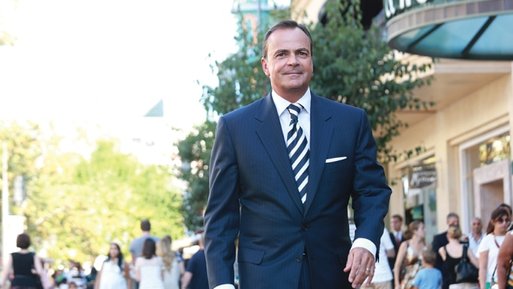 For decades, the entertainment and retail industries have been finding growing synergies. No one has done more to extend this relationship to the  shopping   experience than real estate mogul  Rick Caruso. The design of his mega-mall complexes at  the Grove   in Los Angeles, the Americana in Glendale and the Commons in Calabasas has been largely informed by  showbiz.
​
“A lot of what we do has been inspired by the film industry and the idea of having a living set,” says Caruso. This is true especially at the Grove, where TV entertainment news show “Extra” is shot.

“The old studios had gates, and once you passed through those gates, you entered into sort of a better time,” Caruso adds.
Read the article in Variety
Also check out  "Mall Builder Rick Caruso Expands to Pacific Palisades." 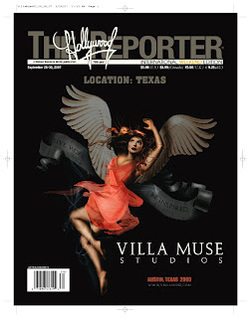 Villa Muse looks like a fantastic concept on paper: a $2.5 billion mixed-use development 12 miles east of downtown Austin, anchored by a $300 million, 200-acre studio with state-of-the-art production and postproduction facilities for film, television, commercials, music and video games, including ten soundstages (one measuring 65,000 square feet), a water tank and scoring and mixing stages.

But what makes it truly revolutionary is that the residential community surrounding the studio will not only serve as a home for locals and visiting crews and creatives alike, it also will be a living backlot for filmmakers, with neighborhoods built in a variety of styles and sizes suitable for portraying locations around the globe.

Click here to read the entire article from The Hollywood Reporter.